What is RCEP Agreement? Why is it so meaningful to Vietnamese businesses, especially the food packaging industry? After 8 years of negotiations, 15 nations, including Vietnam, signed the Regional Comprehensive Economic Partnership (RCEP) on November 15.

When it comes to agriculture and fishery, Vietnam can be one of the nations benefiting the most from the RCEP since it has high-quality products that meet the demands of most members. Let’s find out further about this agreement with Starprint through the article below.

1. What is RCEP Agreement?

The Regional Comprehensive Economic Partnership (RCEP), which was introduced in November 2012, is a proposed agreement between ASEAN member countries and its free trade agreement (FTA) partners. The agreement intends to cover commerce in products and services, intellectual property, and among other things.

The RCEP will go into force on January 1, 2022, with Australia as a founding member. Additionally, the agreement states that it would take effect 60 days after six ASEAN member nations and three non-ASEAN member states have ratified it.

As stated by Tran Tuan Anh – Minister of Industry and Trade, while Covid-19 disrupts global supply chains and protectionism grows, the signing of the RCEP marks a key milestone in the economic integration of the negotiating nations. Signatories must preserve open markets for products, services, and investments, as well as harmonize origin laws across all parties and boost trade facilitation measures, according to the agreement.

This agreement will also create chances for ASEAN countries to build stable and long-term export markets in the face of dangerous and unstable global supply chains. Moreover, the implementation of RCEP provides a binding legislative framework of trade policy, investment, intellectual property, e-commerce, and other issues, as well as a fair playing field in the area.

“Vietnam might be one of the nations that benefit a lot from RCEP,” said Ms. Tran Kim Nga, Corporate Affairs Director. The reason is that the majority of the nations who have signed the agreement need to import products that Vietnam excels at, such as agricultural and marine ones. As Vietnam comes to reach high levels of modern technology, food packaging, processing, and storage facilities, RCEP can help increase our exports and draw attractive goods for consumers. Furthermore, The agreement’s import requirements aren’t very severe, and consumer tastes in different countries are quite similar; hence, trade is convenient.

Thanks to the RCEP’s harmonization of rules of origin, Vietnam’s exports will better fulfill the standards for receiving preferential tariffs, thereby boosting exports throughout the region, particularly to Japan, Korea, Australia, and New Zealand…

Vietnam now can import computer chips from Japan and South Korea, textile supplies from China, and then manufacture products in the country for sale to other nations while also satisfying rules of origin inside the bloc to benefit from tariff preferences. Telecommunications, information and communications technology, textiles, footwear, agriculture, and autos are among Vietnam’s key export sectors likely to profit the most from the agreement.

3. Difference between RCEP and CPTPP

The Comprehensive and Progressive Agreement for Trans-Pacific Partnership or CPTPP was signed by 11 countries, including Australia, Brunei, Canada, Chile, Japan, Malaysia, Mexico, New Zealand, Peru, Singapore, and Vietnam. The CPTPP was formerly known as the TPP (Trans-Pacific Partnership), endorsed by the United States but was renamed when President Donald Trump withdrew American involvement in 2017. In January 2019, the agreement took effect in Vietnam. Its principal goal is to establish stricter labor, environmental, and dispute-resolution standards than those proposed in the RCEP.

On the other hand, the RCEP Agreement was first signed in 20211. It was viewed as a competitive and more inclusive pact than the TPP. In a recent Asia Society Policy Institute article, Cutler and other trade experts stated that the RCEP would go a long way toward decreasing trade barriers in Asia – particularly among countries that could struggle to fulfill the CPTPP’s goals.

4. The advantage industries when RCEP was signed

As previously stated, the RCEP Agreement would provide several benefits to a variety of industries, including footwear, agriculture, clothing, home electronics, and processed food packaging. At Starprint, we are always proud to bring the best and the most effective packaging solution for every product, especially processed food and agricultural ones. 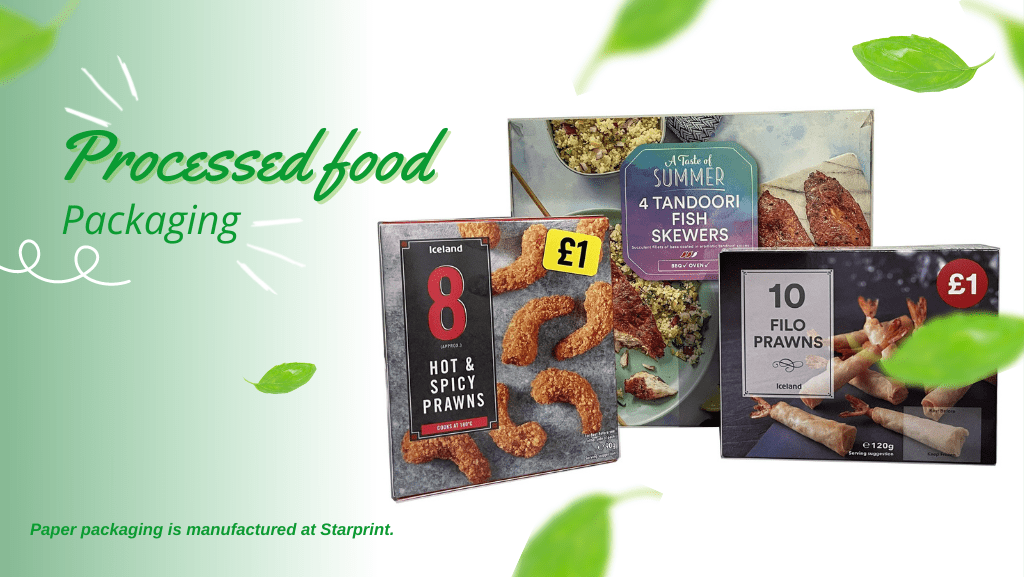 We also achieved BRC certification, which results in a strong focus on quality and helps strengthen our position as a trustworthy printing partner. Our processed food packaging is made to protect food from contamination from physical and chemical sources. Whether at work, outside and wherever you like, our solutions can satisfy consumer requirements for frozen food or ice creams.

Another example is the flan powder boxes of House Vietnam Food Company. With the main colors being dark orange and white, the food packaging has been completely outstanding on the shelf. The box is convenient and preservable; consumers can easily take out the powder and keep the remains fresh. Check out the most recent packaging design trends here if you’re interested!

Now that you know about the RCEP Agreement and why it is meaningful to Vietnam. Click here if you want to find out more about certificates that Starprint has achieved, or our most recent packaging here.